Avalon Tuna Club
“The Leaping Tuna”
The sport of Big Game fishing originated in Avalon when Charles Frederick Holder caught a 183 pound Blue Fin tuna with sport fishing tackle on June 1, 1898. This angling milestone inspired him to form the tuna club of Santa Catalina Island, an organization dedicated to promoting conservation of our marine resources and good sportsmanship among anglers. It was once common for vast schools of tuna to arrive in early summer within view of the island, often amazing onlookers with their ability to make spectacular leaps after flying fish. This bronze is titled “leaping Tuna” to honor the great game fish and to commemorate the tuna clubs “centennial Year” The base is in the outline of Santa Catalina Island, with a stripped marlin on the upper portion in recognition of it being caught here first in 1903, and the broadbill swordfish below it symbolizes the world’s earliest sportfishing capture of that species in 1913. Bronze by artist Joseph Quillan, 1998 photo by Al Quattrocchi

Last week me and a few buddies made the pilgrimage to Santa Catalina Island and had the good fortune and honor of getting in to visit the famous and historic, Avalon Tuna Club, which represents one of the most sacred blue water fishing clubs on the planet, it was truly an honor to go back in time to witness first-hand the history of modern day saltwater sport fishing and where it all began. – Al Q 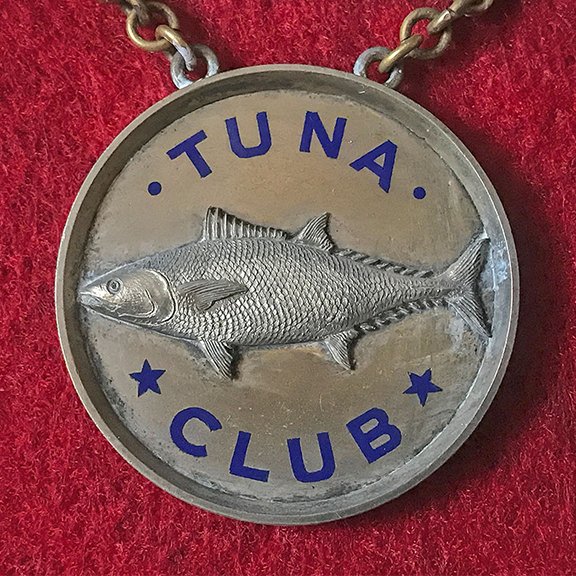