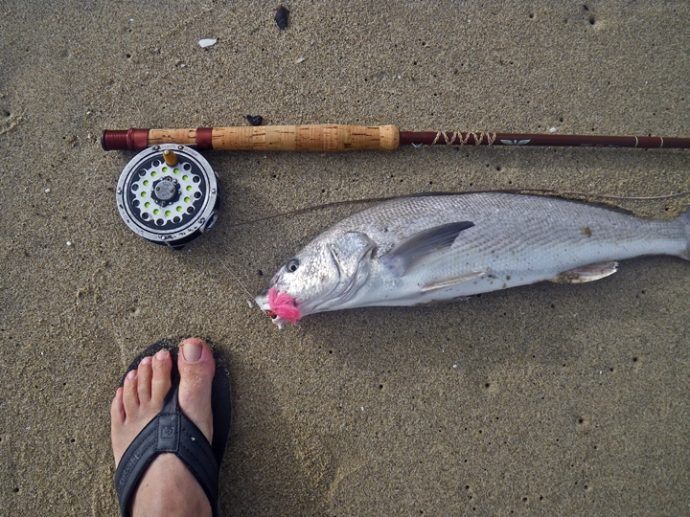 Fourth of July corbina sight-casted and landed on a classic old school set up by Al Q. A Fenwick 8.6 ft, two piece 7 wt.fiberglass rod with an old 40s pfleuger click and pawl fly reel. I used a pink merkin, 12 foot leader with 8# tippet and the Rio Camolux intermediate fly line with 3% stretch. Photo by Al Quattrocchi 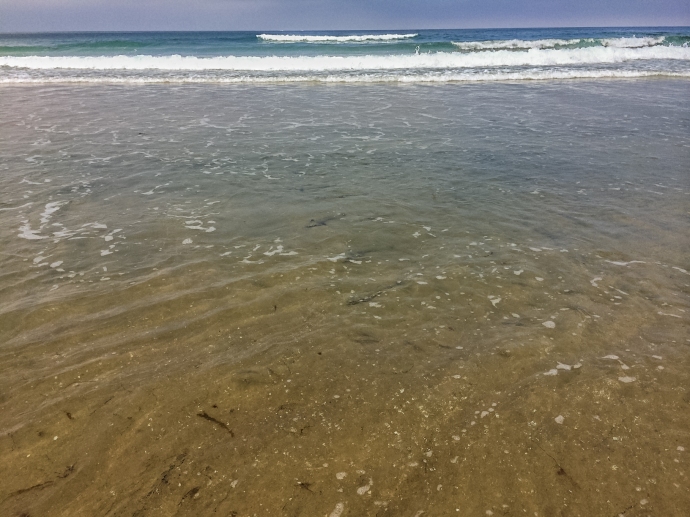 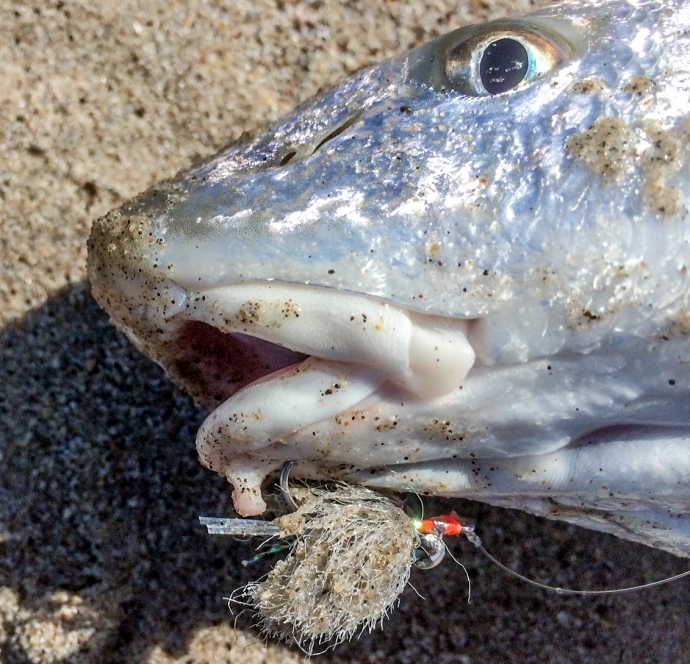 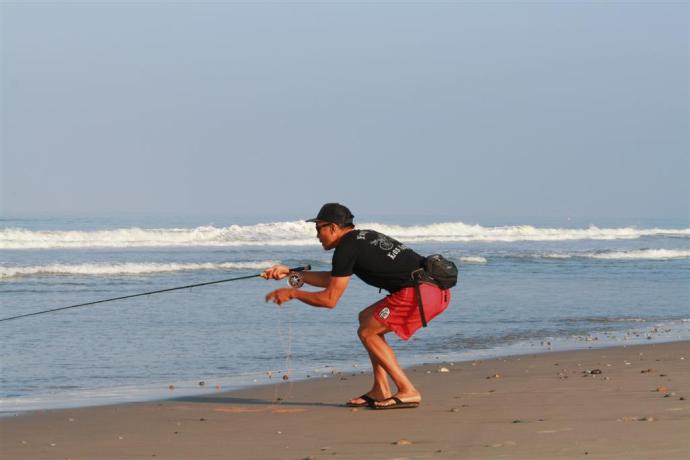 awesome pic by Michael Schweit (FFF southwest Pres) of our fly fishing buddy Jon Nakano lining up a fish in the skinny.
John hooked and landed three and a quarter corbina on July 5th. Three were faired and landed and one he handed off to a little kid that reeled a little took hard when the fish decided to run and popped! 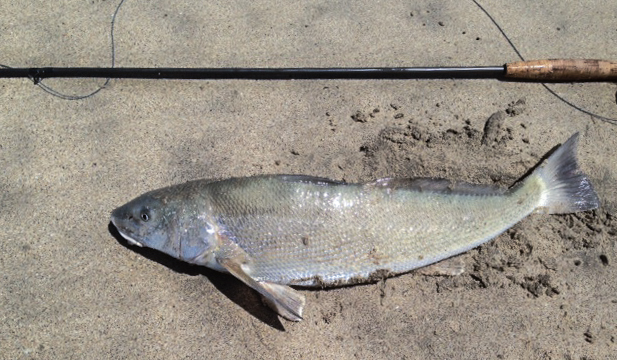 A couple of notes: there’s a lot of guys having troubles hooking fish, out guessing themselves and switching flies, and getting frustrated. Me and Jon were talking about this over the weekend. well, listen up. this isn’t easy. I fish with the best corbina fly fisherman period and I learn every day. the one thing I can say is these fish do not always eat the fly so you have to really try to get as many quality shots as possible directly in front of their nose. They WILL eat if the fly is on their nose, unfortunately many new comers have a hard time getting the fly in the right location consistently. My advise; since it is really hard to get the fly on their nose with current, wave hydraulics, people walking by, etc. Don’t change flies…stick to using a merkin (pink is better for sight-fishing) , it works!!! That is one thing less you will have to think about is not trusting your fly. Trust this fly and worry more about casting accurately, this is the main reason many guys are not catching fish. You need to place a fly accurately at a moving target, this ups the game times ten! What I would do, is go out with your fly rod to the park or backyard and put a small dinner plate upside down at different distances, (use the same set up you take to the beach) then practice casting a hookless merkin at the dinner plates till you can make one cast and hit all of them. Play for beers with you friends, make it fun? the better you can judge distance and put a fly on a plate the more fun it is.  this sight-fishing game becomes like shooting targets.  stick with it, it will make you a better fly fisherman and you will be rewarded for the hard work! this next tide cycle will be awesome, so start practicing like right now! LOL