the origin of “old moe” 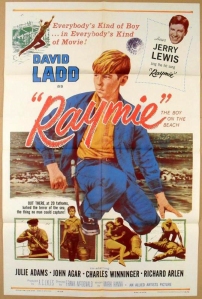 it is funny how we take for granted the adjectives we use to describe a trophy fish, or the names we give the big one that got away, like a Biggen, Walter or Mule? I was talking with my buddy Bernard the other day about hooking a “Moe” and he asked me if I saw the movie? I said, “What are you talking about?” Well, there was this old film entitled, “Raymie” (1960) which is about a boy hooking the fish of a lifetime, starring a young David Ladd. This film coincidentally is about “Old Moe”. Bernard sent me a link to the film’s summary and I was blown away, especially since it was shot right here on a pier in Southern California. I can’t wait to get a hold of a copy, maybe there is a movie night / fish tales at the Q’s in the near future? I wonder if the famous bonefish fly called the “Moe” , Mother of Epoxy” was was influenced from Raymie as well?

One thought on “the origin of “old moe””